skip to main | skip to sidebar

No Daylight Savings Time for Mexcio
At least, not just yet...

Daylight savings time will begin in most of the United States and Canada on Sunday, March 11, 2007 at 2:00 am, whereas Mexico will not change the traditional starting and ending dates.

This is where I work. 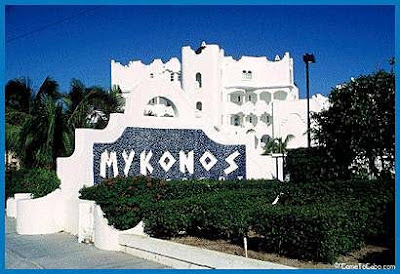 In preparation for our impending move, Craig and I picked up some stuff that we'll need: Garbage bags, brooms, blah, blah, blah. (Really exciting stuff.)

We bought pots and pans and seriously? I loved it. I love that kind of stuff. I cannot believe that after 7 months, I'll soon be living with just my husband again. I'm so excited!

When you come to Cabo 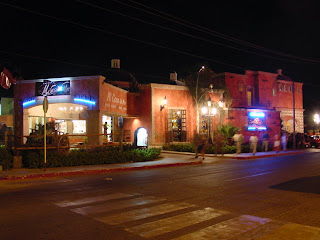 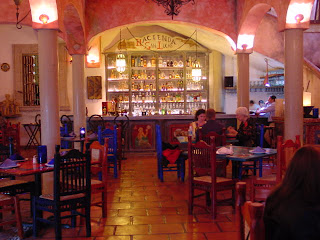 It is my opinion that you must eat at Mi Casa de Mariscos.
The fish tacos are smashing.
(Think: battered fish, in flour tortillas. With lime on them, of course.)
Awesome. Fresh. Good for ya.
Read more...
Posted by Ky • twopretzels.com at 5:37 PM , 1 comments 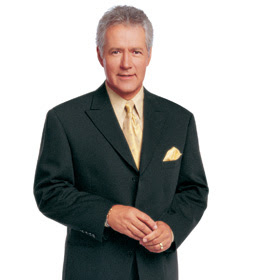 I miss Jeopardy. I haven't seen it since I moved here.
This is one of my all time favorite shows. I love it.
Alex Trebec? Kinda weird. Kinda full of himself.
However, nothing beats that show.
The set hasn't changed in like 25 years, nor has the music, and you cannot TELL me that you don't want to press that answer buzzer and write on that screen during final jeopardy at least ONE time before your time on earth is up.

Yay for LENT in Mexico! 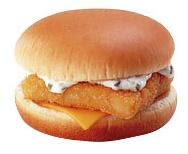 Because of Lent the "McTrio Marina" (Fish Sandwich value meal) is here in Cabo! (It's usually not on the menu, I hear.)

C. and I feasted on them tonight. They were HOT and PERFECT and tasted like home.
--
Get this, they even offer a "Doble Marina." Yes friends, a DOUBLE fish sandwich. How gross would that be? Eek.

This is an email that my sister got from someone with whom she works closely for the closing of properties at the company where we work.

Cracked me up. Quite an story. 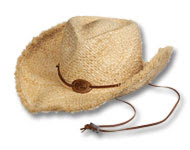 Why do vacationers in Cabo always feel that it's OK to sport the beachy cowboy look?
I don't get it.
Read more...
Posted by Ky • twopretzels.com at 5:11 PM , 1 comments

Take a look at our beloved theatre.

It's great. A little late getting the 'ole new movies, but still. It's cheap.
And near Haagan Daas.

Ok, here's the deal.
This will be the last week that we're living with my sister.

Finally, after years - she will have none of her siblings living with her.

I have to tell you, after SEVEN MONTHS I am so excited to live in my "own" space. I think I'm going to feel like an adult again.

The house? It's not done. In fact, the contract expired on it and my sister didn't renew it. We're thinking it's a bad investment since 20-something of the 200 homes in the community are SINKING. Seriously.

i am kylee. this is my blog.

My Most Popular Posts
EVER Written

Proudly a member of

What I have my ESTY eye on